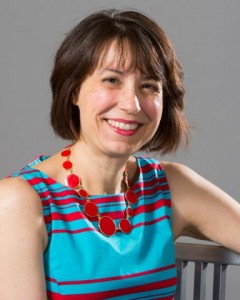 Like many statistics faculty who completed their graduate training during the last century, my preparation for teaching went something like this: I was handed a book (Moore & McCabe, 2nd edition—it’s still on my shelf). While TA training–at least at my institution–has evolved since then, it had to adapt further to prepare TAs for the simulation-based inference approach.

… [TAs] also attended the large class meetings and so could see how I was implementing the simulation methods.

Here’s how it worked B.R. (Before Randomization, i.e. prior to fall, 2014). Every semester, we taught roughly 16 sections of introductory statistics, each with 30-45 students. These sections were taught exclusively by graduate teaching assistants (TAs), who had complete control over their assigned section(s). To help prepare them for this responsibility, each new TA participated in a TA mentoring program during their first semester of graduate school. Each new incoming TA was paired with an experienced TA. The incoming TA served as an assistant to the experienced instructor, acting as a grader and classroom helper. This provided the new TA with a semester to acclimate to graduate school and their new role as instructor. They met with their mentor regularly, and taught several lessons on their own over the course of the semester. At the same time, the new TAs were enrolled in an instructor prep class, and we could reinforce what they were learning from their mentors. In the spring, the new TAs taught a section on their own. As a result of the mentoring program, they were more prepared and more confident to take over their own classroom. The mentoring program worked really well, and we are super proud of the work we’ve done on TA development. (For more details, see CAUSE webinar.)

Then two things happened in fall, 2014. First, we converted four 45-student sections into two 90-student sections that would be taught by a faculty member. I was assigned one of those sections, and I made the decision to implement the simulation-based inference approach in my class. I had used it in a few special K-12 teacher preparation courses, and thought it would work well. The other large section was assigned to a colleague who was also already on board with the simulation approach. Second, we had an unusually small cohort of new TAs. The large sections were structured so that the faculty member met with the students on Mondays and Wednesdays (for 50 minutes), and the class broke out into two smaller recitation sections on Friday (also for 50 minutes) led by a TA. I saw this is as the perfect opportunity—I couldn’t ask the experienced TAs to switch the way they taught, but I could prepare/indoctrinate the new TAs myself! Over time, as every new class of TAs went through the training program, more and more sections of intro stat would transition to using the simulation-based methods. To get the ball rolling, my colleague and I each chose a “lead” TA. This was an experienced TA who had expressed further interest in developing as an instructor, and was open to switching their approach. The small cohort of new TAs (4) made it feasible to divide them between our sections, so we maintained the mentor/mentee connection. The lead TA, together with their mentees, taught the recitation sections. However, they also attended the large class meetings and so could see how I was implementing the simulation methods. In addition, each instructional team met at least once a week to discuss how the class was progressing and plan future lessons.

We still spent quite a bit of time on sampling distributions, but found that many of the basic misconceptions were gone because of the experience the new TAs had with the simulation methods.

We still required the new TAs to take the instructor prep class (which I teach) to further develop their own understanding of the intro stat material, and to help them develop a cadre of class activities, assessments and rubrics. Traditionally we have spent a lot of time on sampling distributions, ensuring that all of the TAs themselves have a sound working understanding and then moving on to how they should convey that understanding to their students. We still spent quite a bit of time on sampling distributions, but found that many of the basic misconceptions were gone because of the experience the new TAs had with the simulation methods.

…I’m hoping to strategically assign the new TAs as mentees to mentor TAs that will introduce them to the wonders of randomization!

In the spring, two of the new TAs went on to teach sections of their own, and they both (successfully!) used the simulation-based methods. The other two new TAs stayed on as recitation instructors for the large spring sections (also randomization based), but will most likely teach their own sections in fall, 2015. The plan was to start over again in fall, 2015 with the new class of TAs. However, we may have to go back to the old mentor/mentee model in small sections. Neither my colleague nor I will be teaching intro stat in the fall, and my guess is that the assigned faculty will not opt for the simulation approach (darn academic freedom!). I don’t want to lose the ground we’ve gained, so I’m hoping to strategically assign the new TAs as mentees to mentor TAs who will introduce them to the wonders of randomization! We’ll still reinforce the concepts in the TA prep class, so hopefully we can continue to transition more and more sections to simulation-based inference methods.