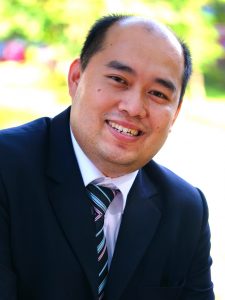 [pullquote]The above was my first experience in teaching statistics with simulation-based inference.[/pullquote]

The above was my first experience in teaching statistics with simulation-based inference. These dolphins were teaching my students (and also me) how to do hypothesis testing more effectively than other statistics teachers. My students will never forget it. We then learned more about hypothesis testing in other cases, such as one-mean test, two-mean test, two-proportion test, pair-mean test and regression in similar manners and they were really liked it.

Simulation-based inference methods work best when my students do not have enough mathematics background. I was teaching classes for the biology education department and also for the civil engineering department and these students seemed not to have enough mathematical background nor did they actually like mathematical statistics. They were in that situation because they didn’t want to learn mathematics nor statistics in the first place. It turns out that they can still follow what I have been teaching with simulation-based methods. My students feel that the lesson is very intuitive, and they like the fact that it is a problem-based learning rather than traditional approach. Some of students who actually repeated the course were quite amazed because I did not teach them how to compute probabilities from a normal distribution and other distributions. They were taught by traditional statistics last year and did not pass.

Apart from teaching statistics with simulation-based inference, we are also very active in giving workshops about Buzz and Doris to other statistical lecturers in Indonesia. As of now, along with my colleagues in Universitas Pelita Harapan, we have conducted 5 workshops to share the good news about teaching statistics with simulation-based inference. Most of participants were quite excited about this and they really wanted to implement this curriculum in their universities. We agreed that changes have to be made in order to have more statistical literacy in our society.