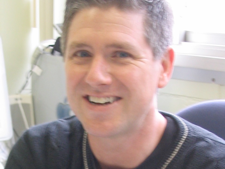 The beginning of a class is always an important time; the first few days, maybe even the first few minutes, set the tone for the rest of the term. What tone do you want to set if you’re teaching a randomization-based intro stats class?

For me, one of the great intellectual concepts that statistics brings to a general education is the ability to address the question “Can this outcome be due to chance?”

For me, one of the great intellectual concepts that statistics brings to a general education is the ability to address the question “Can this outcome be due to chance?” This simple question is complex, but it’s vital that students understand it. In my experience, they often don’t. But you can set them on their way to understanding on the first day.

Consider a recent study: Scientific American reported that middle school students who participated in a new curriculum, keepin’ it REAL, used less alcohol, tobacco, and marijuana over a two-year period than did a control group. Because of this (and other studies), keepin’ it REAL has replaced D.A.R.E. as the preferred curriculum for teaching students to avoid substance abuse. The implication is that because of the curriculum, the two groups (students in the curriculum and the students in the control group), were observed to have different levels of substance use. But can your class think of other reasons for a difference?

I bet that few students, if any, will suggest chance as one of the explanations for the difference. I think that one reason that students don’t suggest this explanation is that they don’t really understand what it means to say that something “happened by chance.” Yes, there are other reasons why this explanation doesn’t come out in the classroom conversation. Another reason, maybe, is that the authority of a published article suggests we rule chance out. Another possibility is cultural: we’re not conditioned to attribute success or failure to chance. But when I ask my students what it means to say that the groups differed “because of chance,” they use highly circular descriptions: it means it happened randomly; it means it just happened; it means that it was just luck.

A randomization-based statistics course is an excellent opportunity to help students have a visceral understanding of what it means when we say that the results of a study could be explained by chance. You can introduce them to this notion on the very first day

A randomization-based statistics course is an excellent opportunity to help students have a visceral understanding of what it means when we say that the results of a study could be explained by chance. You can introduce them to this notion on the very first day. Divide your class up randomly: ask them to flip a coin and join team heads or tails; draw a card and join team red or black. Ask them to report their favorite number, or their height, or any other number, and compare the averages of these groups. They’re different, aren’t they? Why? Do they believe this small numerical difference represents a fundamental difference in the teams? What about if we do it again separating teams by gender? Or by height? Or whether they play a musical instrument?

The lesson is that there are many ways to arbitrarily divide groups of people, and each of these ways produces a numerical difference of some magnitude. But these differences are not necessarily meaningful; they are produced by the chance action of flipping a coin or rolling a die or drawing a card. Or they are produced by mechanisms that seem meaningful (gender, race) but potentially behave no differently than the chance mechanisms. In the short story Lottery in Babylon, Jorge Luis Borges describes a country in which most consequences are determined by a secret and complex lottery, so that no citizen ever knows whether their success (or failure or health or illness or even death) is due to themselves or to the lottery. Life in Babylon is “an infinite game of chance.”

Life in the real world is not an infinite game of chance, but chance still plays a role. Another big lesson of statistics is that in the real world, chance has its own patterns. In this statistics class, your students will have the opportunity to experience in a very small way what it might be like to live in Babylon and to see these patterns revealed. This experience is vital and opportunities to experience it, either physically or virtually, should be frequent. By gaining a knowledge of what the world looks like when things happen solely by chance, students will begin to recognize when events don’t fit the pattern of chance. The researchers who studied keepin’ it REAL concluded that drug use was lower in the treatment group and that the difference was “statistically significant.” By the end of your course, your students will know that this phrase has a very precise meaning and signifies that we are not (probably) living under the Babylonian lottery.