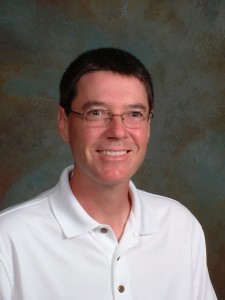 I’ve had students complete projects in my introductory statistics course for at least 20 years. My expectations, requirements, and outcomes have evolved much over this time including how the data are gathered, what type of data I allow to be gathered, and how the project is presented. Things that were acceptable years ago are not acceptable now. The projects have become more and more like real research and the move in this direction has certainly been aided by using a simulation-based curriculum.

Projects now reflect the real research studies that we explore in class every day.

What’s appropriate data for a project?

One aspect of the project that has evolved is how and what type of data are gathered. Before we had use of the World Wide Web, students would find data from the library using journals, almanacs, etc. For a couple of years, many of them would find data about death—perhaps a reflection of how they were feeling at the end the semester, but a bit of a downer for me. Once we had access to the Web, data depository sites like DASL popped up and students would often get data there. After a few semesters of repeatedly seeing singer heights, calcium and blood pressure, or car weights and mileage, I decided that they could not use these sorts of sites anymore and needed to find their data at closer to primary sources. I also encouraged them to produce their own data through an experiment or observational study. Eventually, I made this a requirement. However, collecting their own data often resulted in projects about colors of Skittles or M&Ms. This was probably just a reflection of what I was doing in class at the time.

Currently my students are required to collect their own data by doing something more active than just handing out a survey. I typically find survey results to be unimaginative and uninteresting. I also want them to collect data that is meaningful (though this is something I still need to work on). For example, I don’t like to see a comparison of the sex of customers at two local coffee shops close to campus. In the larger scheme of things, who really cares about this? Recent topics that are more meaningful include an exploration of an association between a person’s age and the Stroop Effect and the relationship between memory retention and exercise. Often these are topics that are related to the student’s major and ones they are excited about exploring.

How should the project be presented?

How students report their findings of the project also has evolved. Early on, I just had them write up their results with little guidance from me. Not seeing lots of explanation in these reports, I decided instead to require they report their results in the form of a magazine or newspaper article. This forced them to include more explanation as well as write in a way that is understandable to the general public. 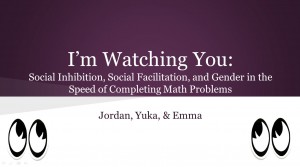 Concluding that this was not “scholarly” enough, I now require them to give a PowerPoint presentation of their results in class and write a research paper. I give them guidance and an example on how to write the various sections of the paper including the abstract, background, methods, results, and conclusion. For the most part this has worked out well and some write up very nice papers. Some, however, will still dump in computer output without enough explanation.

How has teaching with simulation changed the projects?

One obvious way that using simulation-based methods has changed the student projects is that they can use these methods when carrying out their inferential tests. This is a much needed option for some students as the validity conditions for theory-based inference aren’t met with the sample they collected. When I first started using simulation-based methods about half the students would use them in their projects and about half would use theory-based techniques. Now almost all use simulation. I think this reflects my change in emphasis in teaching the course.

. This is a much needed option for some students as the validity conditions for theory-based inference aren’t met with the sample they collected.

Using simulation-based techniques also allows us to do inference for the entire semester. Because of this, all students (even the weakest) understand the inference process better. When we start working on the project toward the end of the semester, we have been doing inference for a few months instead of a few weeks so it is not a foreign concept to the students. In the past, I remember sitting through some project presentations (of the weakest students) where almost nothing made sense. I would want to put my head in my hands and I didn’t know where to start when giving them feedback because I couldn’t even understand the research question let alone what inference technique they were doing. This past semester (as in recent ones) this has not happened. My feedback now typically just includes some small tweaks. For example, I might want them to make sure they show me the proportions of interest, give a graph of the data, explain in more detail how they collected their data, or reword a conclusion. They can use these suggestions I give them during their presentations to update their research paper which is always due a few days later.

From the beginning of the semester, we now cover the entire process of inference: asking a research question, designing a study, exploring the data, drawing inferences, formulating conclusions, and looking back and ahead. We do this over and over again in the course using real research, so when the students complete their projects, this statistical investigation method that they need to go through is nothing new. Again, just like a project consisting of counting the colors of M&Ms was reflective of what I was doing in class more than 20 years ago, projects now reflect the real research studies that we explore in class every day.