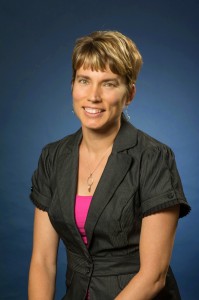 Have you ever thought about the reaction to the first slide rule in the 1620s?  Do you think some people pulled up their noses, questioning whether students would forget their “calculations”?  Did others dive in whole-heartedly, touting the advantages of teaching with their fancy new “slipsticks”?  Regardless of the initial reaction, the slide rule has left its mark on the story line of mathematics.  There is no question that technological developments continue to change how mathematics and statistics are taught.

The ability to use technology to simulate random phenonema has made statistics more approachable to many students.

Statistics education is at a turning point.  The availability of rapid computing power is revolutionizing pedagogy and leaving its mark on statistics.   George Cobb (2007) claims that what has traditionally been taught in statistics was shaped by what was computable.  In turn, educators have relied on formulas which often left students disconnected from the ideas of inference.  This restriction of computability no longer limits us with the availability of technological power, specifically simulations.

I taught introductory statistics for the first time in 2008.  My initial approach was traditional.

While my students learned from this traditional approach, I think they failed to grasp the heart of statistics…statistical inference.

I incorporated student-centered pedagogies, yet relied on formulas and tables.  While my students learned from this traditional approach, I think they failed to grasp the heart of statistics…statistical inference.  My curriculum was distribution-centered and my students, in turn, saw the discipline as a set of formulas in which they hoped that they picked the correct one.  These formulas then magically produced a number which was either significant or not.  There was no room for moderate or strong evidence.  The choice was dichotomous: reject the null hypothesis or fail to reject it.  In 2011, I began using a tech-enabled, simulation-based approach to teaching statistics.  I believe that the use of applets to simulate situations helped my students see statistics as less black and white than was previously assumed.  They began to visually distinguish between results that were near the tail compared to those that were at the far extreme of a distribution and understood a bit more about the “art” of statistics.

Another advantage of my change in pedagogical approach was that my students learned at a deeper level as it allowed me to use a discovery approach to teach statistics.

Another advantage of my change in pedagogical approach was that my students learned at a deeper level as it allowed me to use a discovery approach to teach statistics.

Using technology, my students could simulate thousands of trials in mere seconds.  For example, instead of telling students about the normal distribution, each student in the class could create a distribution of samples from a population to describe the heights of nine-year-olds.  This created a fun “aha” moment as students looked around and realized that all of their distributions bore a similar bell-shape.  This discovery-approach was a deeper, more conceptual learning experience because it actively involved my students and allowed them to construct their own understanding.

Similarly, using randomization for the process of hypothesis testing allowed students to experience inference first-hand and gain a deeper understanding of the concept.  Without technology, my students were left to “trust” that the book and I were right.  But seeing truly is believing for students.  When they saw that in a thousand random simulations under similar circumstances a particular result did not arise, they had a deeper understanding of the strength of evidence against the null hypothesis.

This “seeing is believing” notion is valuable for all students, but especially important considering the increased enrollment and diversification of students in statistics courses in recent decades.  The ability to use technology to simulate random phenonema has made statistics more approachable to many students.  Technology has left an indelible mark on how I personally teach statistics and I look forward to the mark that it will leave on statistics education as we continue to develop and improve our pedagogy.