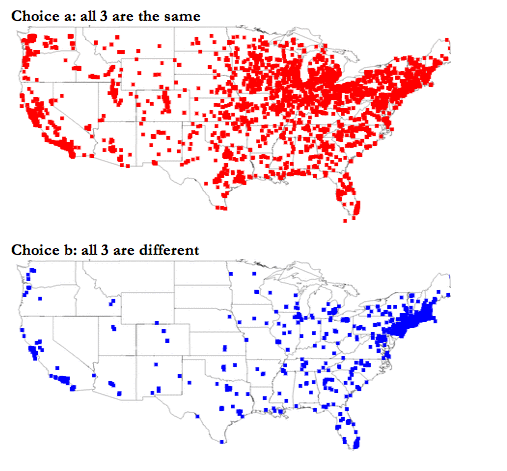 The PMI statistic measures a kind of correlation: a positive PMI score for two words means they ”keep great company,” a negative score means they tend to keep their distance, and a score close to zero means they bump into each other more or less at random. 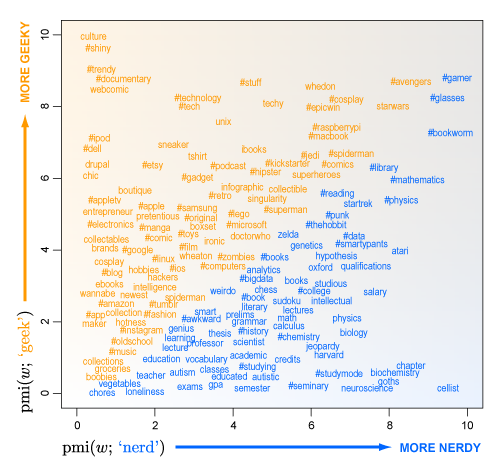